All About Koi Fish History

No matter how much you know about koi fish there are always more story to be shared! There are so many interesting things to learn about koi fish that you should learn something new with these 5 koi fish’s history knowledge.

1.Koi fish were originally brought to Japan as a food source

Koi natural habitats in the Black, Caspian, and Aral seas in Asia, and China is the true beginning of Koi fish. According to Chinese history, Confucius’s son was given a mutated carp by king Shoko of Ro and from then on the fish became the subject of many Chinese artwork. When the Chinese invaded Japan, these carp were breed as a food source due to their resilient nature, this was the beginning of the Japanese Koi fish. Koi (in japanese means carp) were first bred in Japan in the 1820’s, initially in the town of Ojiya, Japanese perfecture of Niigata. While they were still being bred for food, these brown fish occasionally produced red and blue mutations. Through selective breeding, the red and white variety  – recognizable as the modern ornamental koi – was eventually perfected in 1870. The outside world was unaware of the development of color variations in Japanese koi until 1914, when the Niigata koi were exhibited at an annual exposition in Tokyo. From that time, interest in koi spread throughout Japan. More than 100 color varieties have been bred from this single species of fish, including a scaleless variety in Germany now known as the mirror or Doitsu-goi/German carp.

2.Koi fish are descendent’s of the hardy common Carp which is so adaptable and it can be found all around the world

The common carp is a hardy fish, and koi retain that durability from it. Koi are cold-water fish, but benefit from being kept in the 15–25 °C (59–77 °F) range, and do not react well to long and cold winter temperatures. Their immune systems are very weak below 10 °C. Koi ponds usually have a meter or more of depth in areas of the world that become warm during the summer, whereas in areas that have harsher winters, ponds generally have a minimum of 1.5 m (5 ft).

Koi in the nature have a brown color,but through selective breeding by the Japanese, numerous colors and patterns were developed. In the 17th century, Chinese rice farmers began keeping carp in their rice paddies as a food fish. This practice found its way to Japan. The Japanese rice farmers begin to notice slight color variations in a few of the carp and they saw great potential to bring out their vibrant colors. Therefore, the farmers bred these carp into what eventually became what we know today as Nishikigoi.

4. Koi fish were brought to the worlds attention after one was given to the Japanese emperor as a gift in 1914 to grace the imperial palaces moat

The popularity of the Japanese Koi fish quickly grew, though other countries had yet to truly notice these lovely fish, and soon it was the most desired fish in the country. Koi fish became so popular in Japan that it was considered a perfect gift for Emperor  Hirohito’s imperial palace moat in 1914. This presentation caught the eyes of every county in the world and soon after the Japanese Koi fish had caught the hearts of millions.

5. Koi fish and Goldfish are distant cousins as they both decent from Carp, but goldfish came about long before koi fish did. 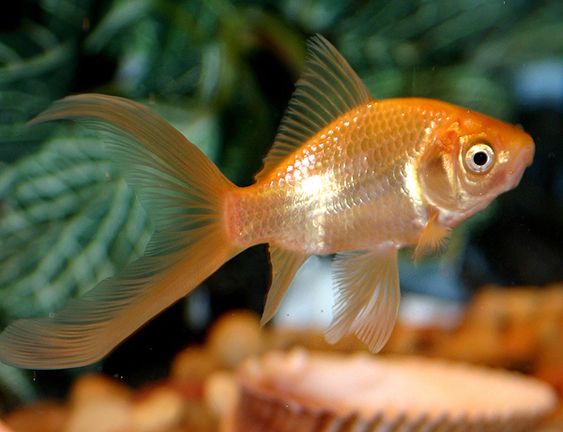 Both koi fish and goldfish are descedents of carp so they are actually distant relatives. The goldfish is far older than koi fish. Goldfish were developed in China over 1,000 years ago while koi fish have only graced our ponds since the 1820’s. Koi and goldfish show there similarities and differences in their color, body shape, and lifespan.

Did you learn something new from our article ? Do you have any story about koi ? Leave them in the comments below! We love to hear from you!